This challenge was about extracting a (not very well) hidden message out of an image file: 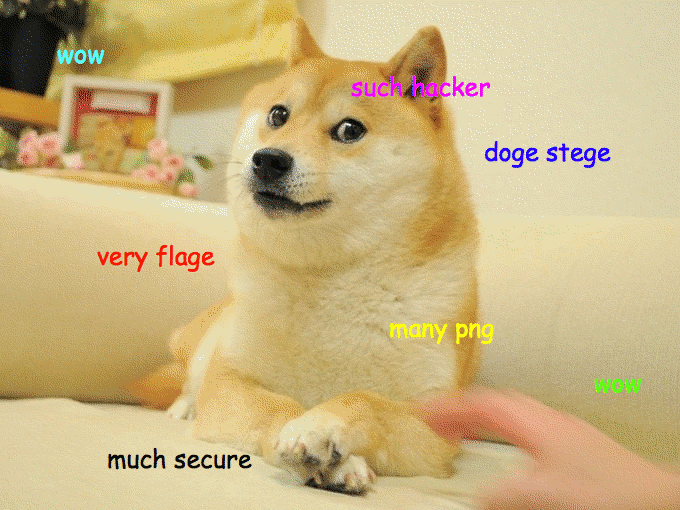 The first thing to do with every file you get from a CTF challenge is to run the file command on it:

Hmm, 8-bit colormap I bet there is something hidden by the palette used. Let’s have a look using gimp: 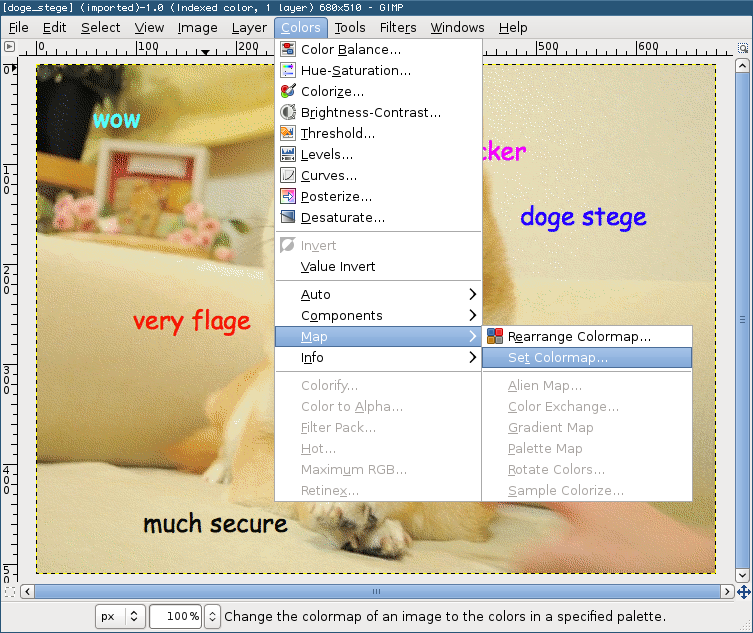 Finding this menu item took most of the time. Not that it is hard to find, but we do specialize in fail here. Anyway, after changing the palette to some gradient with enough contrast, the predefined palette “Coldfire” is just fine, we get a nice result: 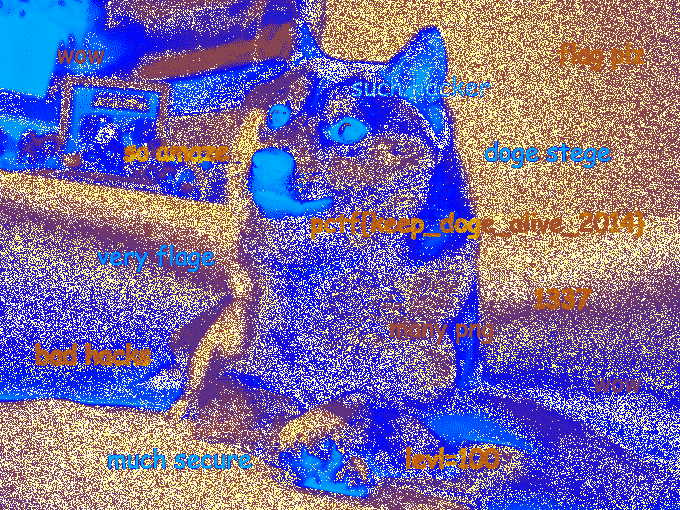 It is not difficult to spot, that, among some other new words, the flag pctf{keep_doge_alive_2014} appeared in the image.